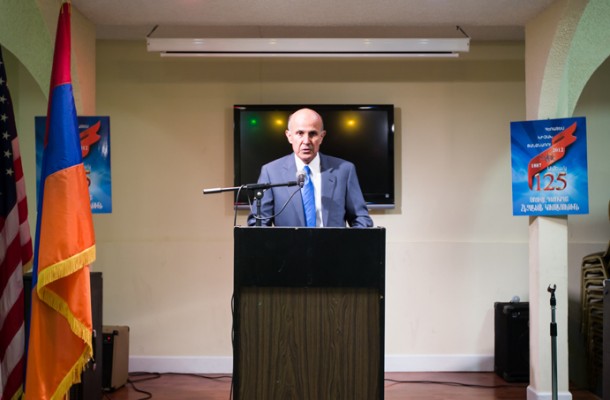 ACA Executive Board Member and Master of Ceremonies Sevak Khatchadorian, provided a brief introduction on the event’s highlights and spoke about the important political and advocacy work that the ACA has undertaken since its inception in the United States and abroad.

Tateos “Ted” Koroghlian, Chairman of the Pasadena Chapter of the ACA welcomed Sheriff Baca to the stage as he discussed the Sheriff’s long-standing bond with the Armenian-American community, sharing his personal experience with the Sheriff and detailing his relentless efforts to continuously improving the quality of life for all LA County residents.

Sheriff Baca thanked all those involved in coordinating the successful event and recognized the organization’s leaders and members for their hard work and dedication to the Social Democrat Hunchakian Party (S.D.H.P), ACA and all its affiliate athletic, educational, political and cultural organizations.

Reiterating his stance towards recognition of the Armenian Genocide by the Turkish government as a historical fact, Sheriff Baca expressed the unique position he is in. Having a working relationship with Turkish government officials as the Sheriff of the largest county in the nation, with the highest concentration of residents of Armenian descent, creates an opportunity for the Sheriff to serve as an unofficial liaison between the Armenian community and Ankara, providing a vehicle to voice our concerns and issues via non-traditional channels not utilized by Armenian-American activists in the past.

Sheriff Baca applauded the hard work of the Armenian-American community, particularly in the LA County, suggesting they are the strongest, most vocal and most organized advocates of the Armenian Cause. Sheriff Baca ended his speech by encouraging young Armenian-Americans to join the LA County Sheriff’s department and to serve their community in the areas of law enforcement and civic leadership.

“It was a great honor to introduce Sheriff Baca to our membership tonight and we were delighted to have him at our center,” said Koroghlian. “His love for the Armenian culture and his interest in Armenian-related issues is highly admirable and as Armenian-Americans, we are fortunate to have such an important elected official as both a friend and a colleague. The event was a wonderful opportunity for us to exchange ideas, as well as discuss important issues that affect the lives of all those who reside in the County of LA,” Koroghlian added. 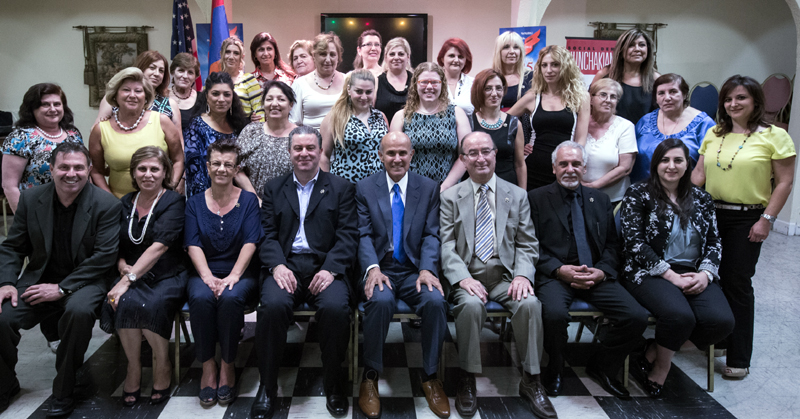 As a four-term Sheriff and Los Angeles native, Baca grew up having close ties to the once vibrant Armenian-American community of East Los Angeles. Although he is of Mexican-American origin, his love for the Armenian culture, traditions and values prompted him to marry his wife in an Armenian church over a decade ago. He has travelled to Armenia on several official visits to meet leaders of the Armenian government to discuss issues of concern of the Armenian Diaspora. He is running for re-election in 2014 to serve his fifth term as Sheriff. He was recently awarded the 2013 Ferris E. Lucas Award for Sheriff of the Year by the National Sheriff’s Association.